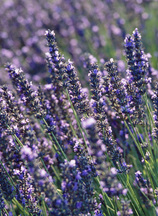 Memorial Candle Tribute From
Vincent Funeral Home
"We are honored to provide this Book of Memories to the family."
View full message >>>
In Memory of
Piara Lal
Qusba
1941 - 2012
Menu
Send Flowers

Piara Lal Qusba, 71, of East Shore Road, Ellington, beloved husband of Asha (Chaku) Qusba, passed peacefully away Saturday, (July 7, 2012) at John Dempsey Hospital in Farmington. He was born on April 26, 1941 in Kashmir, India, son of the late Amar Nath and Indirawati Qasba. He lived in Avon prior to moving to Ellington ten years ago. Piara was a graduate of Clausthal University of Technology in Germany, graduating with a degree in Metallurgy in 1966. He also attended Columbia University where he received a Master's of Science in 1971. Piara was a Senior Metallurgical Engineer at United Technologies prior to his retirement in 2001. He was an avid chess and bridge player and devoted much of his time to the Sharda Foundation, which he founded. The Foundation provides computer technology to refugee children in Jammu and Kashmir, India. Besides his loving wife of 44 years, he is survived by his son, Sandeep Qusba, and his daughter-in-law, Dawn Rhodes, of New York City. He is also survived by Shanta Qasba of Torrington and Prithvi Nath Chaku, his father-in-law, of Avon; grandchildren, Aryanna K. Qusba and Cereese Riley Qusba; brothers and sisters-in-law, Pradman and Ratna Qasba of Washington DC, Basant Qusba of Milwaukee, WI, Shiban and Sadhna Qasba of Torrington and Ramesh and Sujata Quasba of Washington DC.
Services will be private. Memorial donations may be made to American Cancer Society , 825 Brook Street, I-91 Tech Center, Rocky Hill CT 06067. Please visit www.vincentfuneralhome.com for online condolences.
Order Flowers
Printable
Share on Facebook