To share your memory on the wall of Juana Rodriguez, sign in using one of the following options:

She will be layed to rest along side her late brother, and late parents. Private burial with services Simsbury Cemetery, November 6th at 1130 am.
Read Less

We encourage you to share your most beloved memories of Juana here, so that the family and other loved ones can always see it. You can upload cherished photographs, or share your favorite stories, and can even comment on those shared by others. 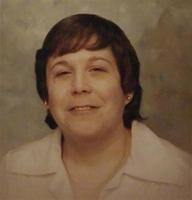