To share your memory on the wall of Eric Klaneski, sign in using one of the following options:

In addition to his loving parents, he leaves his twin 11-year-old daughters, Natalie Rose and Christine Elizabeth Klaneski and their mother and Eric’s best friend, Jacklyn Breen, all of New Hartford; his loving step mother, Cynthia Klaneski of Meriden, his maternal grandmother, Elizabeth Della Camera of Plymouth and several aunts, uncles and cousins.

Calling hours will be held on Wednesday, January 6th from 6:00 PM to 8:00 PM at the Vincent Funeral Home, 120 Albany Turnpike in Canton. A graveside service will be held privately. Donations can be made to the Wheeler clinic in Bristol. Please visit Eric’s “Book of Memories” at www.vincentfuneralhome.com
Read Less

Donations are being accepted for: WHEELER CLINIC INC.

We encourage you to share your most beloved memories of Eric here, so that the family and other loved ones can always see it. You can upload cherished photographs, or share your favorite stories, and can even comment on those shared by others.

Posted Jan 06, 2021 at 11:44am
To be friends with Eric was to have a fierce, unwavering ally in your corner. Eric brought honesty and genuineness to a world that is oftentimes so sorely missing it. With Eric, one never questioned where they stood; the lack of filter between his mind and his mouth could be frustrating and at times puzzling, but above all was refreshing. The world and those lucky enough to know Eric will struggle to fill in the massive, Eric-shaped hole we now find ourselves staring at.

There are some people you meet who make a lasting impact on your life – whether you knew them intimately or just briefly. I am certain that no person to know Eric would disagree that he was one such treasure. To have known Eric came with the quiet comfort of knowing there was someone out there to lean on should you ever need it, without question or judgement.

I regret losing touch with Eric over the years. Our annual catch-up chats were always such a joy, leaving me with a smile on my face that would carry for days and I will miss them dearly.

One thing we can all revel in, though, is knowing that wherever Eric is now, he has everyone around him in tears with laughter, extending his heart, quick wit, honesty, and love to all who are near to accept it.

Well said. He was never anything less than 100% his own genuine authentic self. And who that was was sometimes confusing but always absolutely selfless and caring and always there in our corner when we needed him.

Posted Jan 06, 2021 at 02:14am
I will miss Eric. When you got him talking about good writing or book ideas, he became passionate and had a lot to say. He also worked hard and was super humble, went with the flow. I saw him as a cool balanced guy, super honest with himself and one could only strive to be like Eric was. That’s how I’ll remember Eric
Comment Share
Share via:

Posted Jan 06, 2021 at 12:42am
I will miss Eric so much. Im sure we all will. He never failed to make us wxplode with laughter with his quick and offbeat and at times completely outlandish sense of humor. But knowing him was special for a lot more than that. He was probably the most genuine and authentic person I have ever met.
Comment Share
Share via:
KJ

Posted Jan 05, 2021 at 10:32pm
I will forever remember Eric for the tear-provoking laughter he would bring to me whenever we were together. Even though we hadn't seen each other in a while, I always remembered the way his quirky personality would bring happiness to everyone in the room, no matter who was there, or where we were. Eric, you will be sorely missed.
Comment Share
Share via: 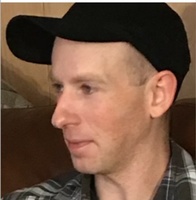