To share your memory on the wall of Henry Evonsion, sign in using one of the following options:

He is survived by his two daughters, Diane Evonsion Tyburski and her husband Joe of South Carolina and Susie Baldwin and her husband Jay of Georgia; his son, David Evonsion of Canton; his sister, Eileen Baedor of North Canton; his grandchildren, Thomas, Michael and Megan Tyburski, Emily Evonsion and Brent and Paige Baldwin; five great grandchildren and several nieces and nephews. He was predeceased by a son, Henry W. Evonsion, Jr., three brothers and two sisters.

The family would like to thank Cherry Brook Health Care Center for the compassionate care they gave to Henry.

A graveside service will be held at 12 Noon on Monday, January 25th at North Canton Cemetery on Cherrybrook Road in North Canton. In lieu of flowers, memorial donations may be made to North Canton Methodist Church, PO BOX 311, Canton, CT 06059. The Vincent Funeral Home of Canton is caring for the arrangements. Please visit Henry’s “Book of Memories” at www.vincentfuneralhome.com
Read Less

We encourage you to share your most beloved memories of Henry here, so that the family and other loved ones can always see it. You can upload cherished photographs, or share your favorite stories, and can even comment on those shared by others.

Posted Jan 24, 2021 at 05:22pm
I was linked to Henry both by his kids on the school bus and by haying. As I grew into adulthood, I had many chats with him. Returned his dog Tucker ( I think that was the name, quite a while ago) once. Many times driving on 309 we would wait for the cows to cross, that is truly a time gone by in North Canton. One time I drove past and he was working on his tractor. I'm not sure why, but a voice said stop and see. So I stopped to see what was going on. Henry was hunched over a tractor trying to jump it but it wouldn't crank. I offered to help, and after a few tests determined one of the jumper cables was intermittent, and kept it from cranking enough. I reached in my pickup for my set, and connected them. Tractor started right up. I know I went up a few notches in Henry's book that day.

In later years, his hearing faded, but we still had chats, only I would bring a note pad, no amount of yelling was enough by then. So he'd talk and I'd write. Goodbye old friend - Jeff Miller
Comment Share
Share via:
RJ

Posted Jan 24, 2021 at 09:43am
when I was a kid Rick and I would help Henry in many fields bail and stack hay, but if there was a snake in one of the bails he would tell us to "kick it off!!" He did not won't any part of it.
R.I.P. Henry.
Rob Jennison.
Comment Share
Share via: 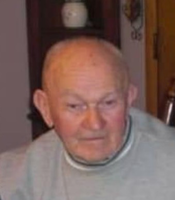 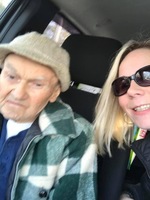