To share your memory on the wall of Giorgio Pinton, sign in using one of the following options:

Giorgio A. Pinton, 91, of Canton, husband of Margaret Diehl Pinton, passed away and transcended in peace on February 16, 2021. Giorgio lived a full blessed life as a father, husband, philosopher, author, translator, professor, preacher, counsel, and friend, but not necessarily in that order.

Born in Vicenza, Italy, in 1930 to Irma Giacometti and Mario Pinton, Giorgio enjoyed his childhood among his many Venetian relatives. He enjoyed the games and simple “minestra”, or soups of pasta, garlic, broth, onion and potato, coining him the nick-name “patata”. During the late 1930’s, a young Giorgio, with his brother Claudio, sister Chiara and parents moved to Milano, Italy. Giorgio entered the Jesuit Seminarietto in Milano, near Il Duomo, at age 10 and quickly rose to assistant to the Bishop. When he graduated the Seminary, the young Jesuit taught Christian doctrine and helped the war-time needy across northern Italy, including regions of Veneto, his family’s homeland. There in the barracks, classrooms and kitchens, Giorgio learned to create and serve magical tasty soups from the simplest (ie left-over) ingredients. In the early 1950’s, Giorgio returned to Milano for a B.A. in philosophy at the Jesuit’s Institute of Philosophy at Gallarate.

In ponderance of his faith, Giorgio left the Jesuits for Lyon, France in 1958, under counsel from the local head of World Council of Churches (WCC). They found Giorgio a job as cook and handy-man at an international secondary school at Le Chambon-sur-Lignon, France. There he met a young and beautiful New England teacher, Margaret, who was not initially attracted to Giorgio, but, well, he grows on you. Margaret and Giorgio, then speaking only French, connected from different origins but a common passion, to teach. They married in 1960 in Le Chambon.

Through the World Council of Churches, Giorgio and Margaret set up a care facility in Falerna in 1960, in a poor but proud southern Italy region, to help young teenagers get training in civics, ethics, and basic skills like digging wells and establishing livestock care. During their five year tenure in Calabria and during visits to the U.S., they were blessed with two sons, Michel Mario and Filippo Giorgio, a daughter Sara Madelena, and an adopted son, Giuseppe.

In 1965 at the end of their assignment with WCC, Giorgio’s large family moved to New Hampshire, USA. Giorgio again began teaching at Laconia State, NH. Giorgio was accepted into the Hartford Seminary, CT, where he graduated with a Ph.D. in Renaissance and Reformation Studies in 1972. During that time, Giorgio and Margaret co-directed a state sponsored group home for troubled teenagers. They were blessed with a son, John Daniel, during that time.

Giorgio continued to teach through the 1970’s and 1980’s: Italian Language at the University of Connecticut, then Philosophy at the University of Hartford, with lectures at Trinity College and other colleges. Giorgio continued to learn: another Bachelors in Divinity, Masters in Education, and CT state certifications in multiple skills (Latin, Italian, Spanish, French, Mathematics). He held the position of Counselor for Religion and Philosophy at the Ethel Walker School in Simsbury, CT. In 1976, Giorgio and Margaret were blessed with a daughter, Cristina Costantina.

For almost 20 years, Giorgio taught at the Correctional School District #1 in New Haven, CT. His inspiration included publications of incarcerated poetry and short stories. Giorgio and Margaret committed decades to teaching language, art, honor, ethics, and skills to the incarcerated.

In 1990, toward the end of his teaching career, Giorgio began to write and precisely translate from Latin and Italian, from his family home in Canton, CT. While he continued to interact with high school students as “the library professor” and as a member of the Town Board of Education, he found his most rewarding work in research. The art of translation became his profession.

Giorgio focused almost another 20 years in translation, interpretation and publication of Renaissance Philosophy, including publishing over 30 books, many of them with his intellectual peers reflecting the interpretations of Giambattista Vico. Margaret, his ultimate intellectual and spiritual peer, also co-translated several Vico works. Giorgio was pondering half a dozen new translations and interpretations from Latin and Italian during his final days with family. Amazing how far a good bowl of soup can take you.

Funeral services for Giorgio will be private at the convenience of family. A celebration of Giorgio’s life will take place in the spring. Donations in Giorgio’s memory may be made to The Canton Food Bank at Trinity Episcopal Church, PO Box 374, Collinsville, CT 06022.
Read Less

Donations are being accepted for: CANTON FOOD BANK INC.

We encourage you to share your most beloved memories of Giorgio here, so that the family and other loved ones can always see it. You can upload cherished photographs, or share your favorite stories, and can even comment on those shared by others.

Posted Feb 23, 2021 at 09:34am
Giorgio was a most incredible man. He did so many wonderful things. Loved that he was known for "His Soup" I have known Peg for many years and never realized how much she gave to people.Love her, she was so very kind to me.
Comment Share
Share via:
BF

Posted Feb 21, 2021 at 01:30pm
Ive known Giorgio all my life, but never in this detail. I knew he was a deep thinker, but now I see the fullness of it.
As a child, Giorgio was just my uncle, and first introduction to all things Italian. I didn't start to relate to him as his own man until I got much older. Once we got into conversations.... then I didn't quite know how to get out! He embraced so many concepts, and ideas, and was always one thought ahead. I love this picture. I think Peggy and Giorgio had a full life together and raised great kids. Im glad to be a part of this family and my condolences to all. We will miss him.
Comment Share
Share via:
MP 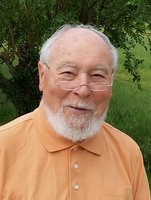 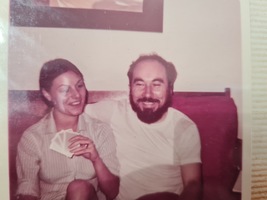 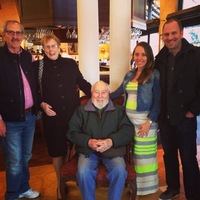