To share your memory on the wall of Joseph Lemke, sign in using one of the following options:

Joe’s faith was very important to him, having been an active parishioner at St. Mary’s Church in Meriden and then at St. Mary’s Church in Simsbury where he served as a lector, catechist and eucharistic minister. In his retirement on the Cape, he also participated in bible study and volunteered at St. Joan of Arc in Orleans. An avid reader and swimmer his entire life, he swam a mile a day at Nauset Beach (April to October) until the age of 87.

In addition to his loving wife of 52 years, Joe leaves his daughter, Kathryn Rogers and her husband James of Simsbury, CT, his sons, J. Michael Lemke, Jr. of North Palm Beach, FL, and John Lemke and his wife Anika of Borken, Germany, and his grandchildren: Elizabeth, Jack and Amelia Rogers and Byrdie and Henning Lemke. He was predeceased by his sister, Mary Suzanne Goodrich.

A Mass of Christian Burial will be celebrated at 10:00 AM on Friday, July 16th at St. Mary’s Church, 942 Hopmeadow Street in Simsbury. The burial will be private. The Vincent Funeral Home of Simsbury is handling the arrangements. Please visit Joe’s “Book of Memories” at www.vincentfuneralhome.com
Read Less

We encourage you to share your most beloved memories of Joseph here, so that the family and other loved ones can always see it. You can upload cherished photographs, or share your favorite stories, and can even comment on those shared by others.

Posted Mar 09, 2021 at 10:01am
Joe's family and mine were very close. Our families dined together often and our children were also
close to each other. I'll miss Joe very much. Bob Donahoe
Comment Share
Share via:
KU

Posted Mar 07, 2021 at 12:29pm
Dear friend, you will be greatly missed and fondly remembered.What good times we all had together! 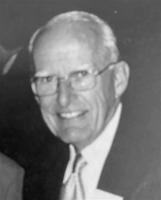