To share your memory on the wall of Mary Mitchell, sign in using one of the following options:

She was involved in the Mitchell Auto Group all of her life. The company was founded by her dad Robert in 1922 and was then known as the Weatogue Garage. When her dad died, Mary and her husband Walter carried on for over 50 years and it is now in the 3rd generation and known as Mitchell Auto Group managed and owned by her sons.

Mary was made a Hometown Hero in 1988 and she was a volunteer at Hartford Hospital for 20 years and during that period of time she was also the President of the Hospital Auxiliary and was a past corroborator.

She was past president of the 58 Club in Simsbury and served on many boards in the town over the years. She volunteered at McLean Home and the Virginia Connolly Residence, leading groups she called “Reminisce with Mary”.

Mary graduated from the Lab Institute of Merchandising in NYC in 1946. She decided to go to college when she was well over 50 and received her certificate in Gerontology and her BA and her MA in Gerontology when she was 70, all from the University of St. Joseph. She received the distinguished alumni award, the Sister Mary Rosa award and was also Past President of the N.E. Gerontological Society.

She produced and hosted a Show for SCTV for five years titled “The Prime of Your Life” and interviewed many local seniors. She wrote several self-published books and lead a writing group in Vero Beach for many years. She was a Weatogue Story Teller, contributing to a book about life in Weatogue that was donated to the Simsbury Historical Society in memory of her husband Walter Mitchell.

She was an avid reader and belonged to several book clubs. Mary loved life and was believed in staying involved. She loved her family.

A Celebration of Life will take place at Simsbury United Methodist Church, 799 Hopmeadow Street in Simsbury at 11:00 AM on Friday, May 21st with a reception at Hop Meadow Country Club immediately following the service. To attend the service, please RSVP in Mary’s “Book of Memories” at www.vincentfuneralhome.com
Read Less

We encourage you to share your most beloved memories of Mary here, so that the family and other loved ones can always see it. You can upload cherished photographs, or share your favorite stories, and can even comment on those shared by others.

Steve Gagnon and all of your friend's at BMO., Robert, Frances, Wendy & Leslee Pringle, and other have sent flowers to the family of Mary P. Mitchell.
Show you care by sending flowers

Posted May 20, 2021 at 06:04pm
My deepest condolences to all of the Mitchells and the many people who loved Mary. Despite living not too far from each other in Connecticut, we met in Vero Beach and I adored her and Walter from day one. Mary was amazing in her optimistic outlook on life, her never-ending curiosity and love for learning -- be it getting her gerontology degree later in life, digging deeply into genealogy, or anything else -- and her kindness.

I'll always remember meeting up with her for lunches, writing about her reminiscence group when I was a reporter, spending the afternoon at her house to catch up and get parenting advice when I was heavily pregnant (not knowing I'd go into labor that night!), getting together in Vero Beach as Walter threw burgers on the grill and we put our toes in the (very warm) pool water, hearing how proud she was of her children and grandchildren, chatting about Farmington Valley history and how her father's earliest days of the dealership meant cars in one part of the building and cows in the other ... Mary was fascinating and so, so kind and encouraging. I've never known anyone like her and likely won't again.

Much love to all of Mary's family, and thank you for sharing such an amazing soul with us. I will miss her immensely.

Steve Gagnon and all of your friend's at BMO.

Steve Gagnon and all of your friend's at BMO. purchased flowers for the family of Mary Mitchell. Send Flowers

Posted May 17, 2021 at 05:21pm
Mary was such a great woman, nana, mom, friend and so much more! Working with Mary this past year turned into such a wonderful friendship that I will cherish forever! Her stories of the business and family and friends were nothing short of inspirational and often really funny! I have never met anyone so open to experiences and adventures and hers were epic. She will be missed terribly but will be remembered so fondly.

Posted May 17, 2021 at 01:25pm
My condolences to the Family of Mary Mitchel;, Mark, Robert, and Steven and Their Families. Mary was such a pleasure to be around, always a kind and loving person, many memories to share. Mary was a wealth of History for our town too. My Mother In-Law Eleanor used to work at the Weatogue Garage and I think for a little while at Mitchells. I am sure you all have many loving memories to cherish. My prayers and thoughts are with everyone. Mary will be missed by everyone.
Sincerely yours, Pat Sotis

Posted May 17, 2021 at 06:56am
Judith Bramson and family
Mary was a wonderful neighbor and bright spirit. She always had a good word, a smile and a generous heart. Her kindness and compassion for others was evident in her volunteer work and community service and outreach. When the daffodils bloom I will think of her and Walter with a warm heart.
Wishing comfort and a peaceful heart to members of the Mitchell and Pringle families.
Comment Share
Share via: 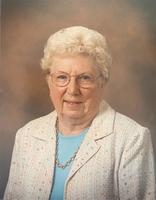 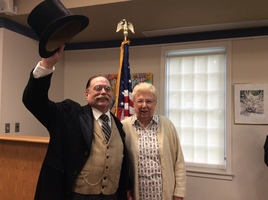