To share your memory on the wall of Robert Wallace, sign in using one of the following options:

He joined the University of Hartford in 1968 as Assistant Professor of Psychology becoming Professor of Psychology and Biology in 1980. Upon his retirement in 2000 he became Professor Emeritus of Psychology and Biology. He served as Chair of the Department of Psychology from 1986 to 1992 and Chair of the Department of Biology from 1994 to 2000. He maintained an active research program in the area of neural transplantation co-editing two books on the subject and publishing in numerous professional journals. He also served as a Research Associate at the Institute of Living in Hartford, CT from 1971-2000.While at the University of Hartford, he served as University Marshal from 1980-2000. He was an active member of the Emeriti Association serving on the Executive Committee for many years and was Co-Chair of the Association for several years. He was a member of such professional organizations as Sigma Xi, Society for Neuroscience, New York Academy of Sciences, and the American Association of Anatomist.

He is survived by a first cousin Mrs. Nancy Martens of Orleans, MA and a second cousin, Mrs. Dale Cooke of Dothan, AL.

Calling hours will be held at the Vincent Funeral Home, 120 Albany Turnpike, Canton, CT on Wednesday, June 2nd from 5:00 PM to 7:00 PM. Funeral Services will be at Avon Congregational Church, 6 West Main Street, Avon, CT on Thursday, June 3rd at 10:00 AM. Private burial at Lakeside Cemetery, Wakefield, MA. In lieu of flowers, donations may be made to the William S. and Dorothy G. Wallace Memorial Neuroscience Fund at the University of Hartford, 200 Bloomfield Ave., West Hartford, CT 06117. Please visit Dr. Wallace’s “Book of Memories” at www.vincentfuneralhome.com
Read Less

3 trees were planted in the memory of Robert Wallace

Posted Jun 16, 2021 at 02:46pm
Tho I had never met "cousin' Bob, I feel as if I knew him. I cared for his cousin, Nancy, for many years. It is hard to watch a decline in a loved one. The stories she conveyed to me are priceless. Condolences from Troutdale VA. Cynthia Mickle
Comment Share
Share via:
RK

Posted Jun 02, 2021 at 10:53am
Dr. Wallace was my master's thesis advisor at the University of Hartford, 1972-1974. I published my first paper with him, and Dr. Jack Werboff in 1974. I will always remember him as a mentor, someone who greatly influenced my career, and a true gentleman.

Posted May 30, 2021 at 12:04pm
Beyond his extraordinary professional career, Bob gave back so much to the community he loved. He served as a treasured member of the Dean's Arts & Sciences Advisory Board at the University of Hartford for many years, always lendng sage input and content. Bob shared his A brilliant mind graciously, we all took lessons from him on how to impactfully share knowledge with the generations to come withour even a hint of arrogance. Indeed, Bob spoke to every generation and leaves this world having made the world a better place. He will be missed but never forgotten. Sharing condolences with Bob's many friends, Jeff Blumenthal, Simsbury, CT.
Comment Share
Share via: 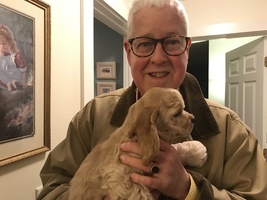 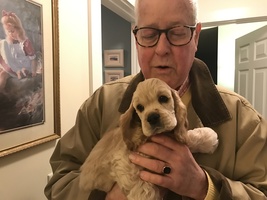 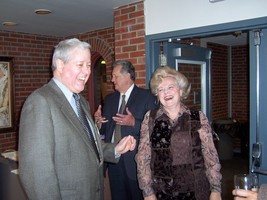