To share your memory on the wall of Wadsworth Fyler, sign in using one of the following options:

Waddy began his professional career with The Steinhorst Farm & Home Freezer Company, selling household and industrial freezers. It is believed that his mother Grace Fyler bought one of the first household freezers in the state. He then went into land development with The A.F. Peaslee Company. The experience in land development allowed him to move on and form his own development and property management agencies. He operated both until most would be well into retirement due to his strong work ethic and innovative ideas. He was a longtime member of The First Church of Christ in Simsbury and then Valley Community Baptist Church in Avon. Waddy was also involved in the Valley (Masonic) Lodge #36 in Simsbury as a member and also served a term as the Grand Master. He also was a long time member of the West Simsbury Grange and could document his family heritage in the United States back to 1640 and was quite proud of that fact.

An adventurous type, Waddy and Clare would bring their children on numerous hikes and skiing and camping trips, with annual excursions to Webb’s Campground on Martha’s Vineyard, Scarborough Beach in Rhode Island, the Berkshire Snow Basin, staying in “The Bird’s Nest” and at Mad River Glen in Vermont (Ski It If You Can!). They would all be involved in selling Christmas trees during the holiday season that were grown “on the farm” in West Simsbury. The family had animals ranging from sheep named Tina and Oscar to a retired New York City Police horse named Dallas and a “beefalo” named Delgado, as well as a number of barn cats that became pets. There were also numerous laying hens that provided Clare with eggs for her “family famous” scrambles.

After Clare passed away Waddy continued his adventures with trips to Japan, Europe and the Middle East, many times staying in Youth Hostels as a way to communicate with other true adventurers and to “keep it real”. Upon returning, everyone always wanted to hear the latest exploits and adventures of Uncle Waddy. Since he was a small boy he was always enamored with streetcars and trolleys and he contributed his time and energy to The Shoreline Trolley Museum and always enjoyed running the trolleys up and down the track for visitors as an “official” conductor, explaining the way they operated. He prescribed to a macro-biotic diet for years, which many credit contributed to his longevity of life to his 97 years and 8 months. Waddy would hold regular macro-biotic dinners at his home that would have quite an eclectic gathering, with meals prepared by certified macro-biotic chefs.

A graveside service will take place at 1:00 PM on Friday, July 2, 2021 at The Simsbury Cemetery, 16 Plank Hill Road in Simsbury. In lieu of flowers, donations in Waddy’s memory can be made to The Shoreline Trolley Museum online at shorelinetrolley.org. Please consider the “Vision 2020” Campaign that will preserve, enhance and keep the museum current for years to come. Designating a Tribute donation specifically in the name of Wadsworth “Waddy” Fyler would be greatly appreciated. The Vincent Funeral Home in Simsbury is in charge of arrangements. Please visit Waddy’s “Book of Memories” at www.vincentfuneralhome.com
Read Less

We encourage you to share your most beloved memories of Wadsworth here, so that the family and other loved ones can always see it. You can upload cherished photographs, or share your favorite stories, and can even comment on those shared by others. 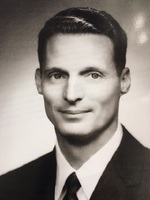