To share your memory on the wall of John Hartwell, sign in using one of the following options:

Print
John N. Hartwell of Simsbury, CT. passed away peacefully on July 10, 2021 surrounded by his loving family, 9 days before his 96th birthday.

John was a husband, a father, a grandfather, a great grandfather, a brother and an uncle. He was... Read More
John N. Hartwell of Simsbury, CT. passed away peacefully on July 10, 2021 surrounded by his loving family, 9 days before his 96th birthday.

Born July 19, 1925 in Gardner, MA to Charles F. and Ruth Williams Hartwell, John graduated from Gardner High School in 1943 and entered Worcester Polytechnic Institute under the Navy V-12 program. He then transferred to Villanova University where he graduated with a Bachelor of Science in Mechanical Engineering and was then commissioned as an officer in the U.S. Navy.
Following college, John served his Country in the U. S. Navy and later in 1952, he was recalled during the Korean War where he served on the USS Coral Sea aircraft carrier.
In 1949, John married the love of his life, Barbara Kendrick of New Britain, CT. They celebrated their 72nd wedding anniversary on May 22, 2021. John and Barbara made their home for most of their lives in Simsbury, CT and raised 3 sons while John worked in the machine tool industry as a Manager at various companies in the Hartford area.
John was a long time member of the First Church of Christ in Simsbury where he served as a Deacon for many years and participated on numerous committees and boards.
In addition to family vacations in Maine and on Cape Cod, John and Barbara enjoyed traveling and made multiple trips to Europe, traveled around the US, and took several cruises to Bermuda, Alaska, and through the Panama Canal. John enjoyed bowling, particularly with his grandson, Matthew, and watching UCONN basketball and the Red Sox. His hobbies included woodworking, vegetable gardening, reading, and playing cribbage. He and Barbara were avid square dancers for many years. Later in life, they spent winters on the Gulf coast of Florida where he enjoyed bicycling and walking in the warm weather by the ocean.

John and Barbara bought a home in Niantic, CT so they could enjoy time near the ocean. John loved the sea and while in Niantic he enjoyed fishing and cruising on his boat with friends and family. They lived there for 12 years before returning to live at McLean in Simsbury.

A private service will be held at the convenience of the family. In lieu of flowers, donations for a memorial to honor John, may be sent in the name of John Hartwell to McLean, 75 Great Pond Road, Simsbury, CT 06070. Please visit John’s “Book of Memories” at www.vincentfuneralhome.com
Read Less

Plant a Tree in Memory of John
Plant a tree 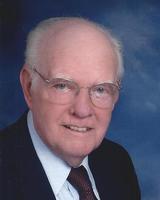