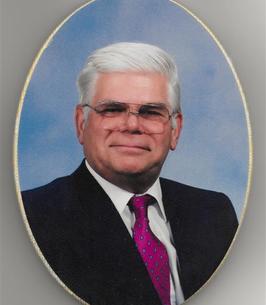 Carl Hugo Graff, 88, of North Canton, husband of the late Eleonore (Lengsfeld) Graff, died Friday, July 29, 2022 at Charlotte Hungerford Hospital. He was born December 27, 1933 in Hartford, son of the late Alfred and Frieda Graff. He was a veteran having served in the U.S. Navy from 1952 to 1956, then in the naval reserve until the early 1960s. He received an Associates Degree in Business Administration from Northwestern Community College. Mr. Graff was the Supervisor of the Canton Sewer Plant for many years prior to his retirement. He was a member of the North Canton Community Methodist Church and National Association of Power Engineers. He was an avid gardener and enjoyed sharing stories about his naval service, spending time with his family and making contacts with new and old friends on social media.

He is survived by his daughters, Caroline Graff-Schadlich and husband Thomas of Trumbull and Ingrid Graff-Felix and husband Walter of East Hartland; his grandchildren, David, Charles and Emilie Schadlich; his sister-in-law, Rosemarie Turke and many nieces and nephews. He was predeceased by his brother Robert Graff.

His family will receive friends at the Vincent Funeral Home, 120 Albany Turnpike in Canton on Friday, August 5th from 6:00 PM to 8:00 PM as well as on Saturday, August 6th from 10:00 AM to 11:00 AM with a funeral service at 11:00 AM at the funeral home. Burial with military honors will follow in the North Canton Cemetery. Memorial donations may be made to the North Canton Community United Methodist Church, P.O. BOX 311, North Canton, CT 06059. Please visit Carl’s “Book of Memories” at www.vincentfuneralhome.com for online tributes.