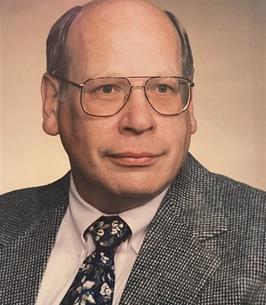 Wayne Edward Hoffman, 77, of Tariffville, beloved husband of Elinor (Ogilvie) Hoffman, died Wednesday, August 31, 2022 at Seabury in Bloomfield. He was born October 4, 1944 in Woodbury, NJ, son of the late Jesse Leroy and Meryam (Gaskill) Hoffman and had lived in Mantua, NJ prior to moving to Tariffville 49 years ago. He was a veteran of the Korean War having serviced in the U.S. Army and was a member of Shannon-Shattuck American Legion Post 182. Wayne was a graduate of Union College, Barbourville, KY, Class of 1967, having received his Bachelors Degree in Education. Mr. Hoffman was a History and Industrial Technology Teacher in the Enfield School System for many years. He was a member of the Simsbury Volunteer Fire Department, the Tariffville Water Commission, Tariffville Village Association and the ROMEOS (Retired Old Men Eating Out). Wayne loved to work on antique vehicles and was a longtime member of the Valley Collector Car Club. He was an avid coin collector and spent time on Highland Lake and Cape Cod where he enjoyed water activities. Wayne was active in the Boy Scouts with his sons and served others unselfishly, volunteering often with friends and neighbors. He was a loving husband and father whose warm and caring generosity was loved by all.

In addition to his loving wife of 49 years, Wayne is survived by his sons, Christopher S. Hoffman of West Hartford and Daniel R. Hoffman and wife LeAnn of Virginia; his grandchildren, Hailey and Jakob Hoffman of Kansas City, KS and Morigan Pratt and Aubrey Hoffman of Overland Park, KS; his sister-in-law, Barbara Broome and husband Robert and his niece, Michelle Bryant and nephews, David Broome and Daniel, Dale and Wade Hoffman. He was predeceased by his brother, Earl Hoffman.

Calling hours will be held on Thursday, September 8th from 3:00 PM to 7:00 PM at the Vincent Funeral Home, 880 Hopmeadow Street in Simsbury. A celebration of his life will be held at 11:00 AM on Friday, September 9th at the funeral home. Inurnment with military honors will follow in Simsbury Cemetery. Donations in his memory may be made to the Village for Families and Children, 1680 Albany Ave., Hartford, CT 06105 or to the CT Junior Republic, P.O. Box 161, Litchfield, CT 06759. Please visit Wayne’s “Book of Memories” at www.vincentfuneralhome.com