To share your memory on the wall of Janet DeNio, sign in using one of the following options:

Born in West Hartford on May 25, 1934 to the late Fred Ernest and Louella Augusta (DeCantillon) Houston Sr.

Born in West Hartford on May 25, 1934 to the late Fred Ernest and Louella Augusta (DeCantillon) Houston Sr.

Janet graduated from Hall High in 1952 and married her loving husband Paul F DeNio Sr, on Flag Day June 14 soon after, who predeceased her on October 17, 1994. She found herself quickly, as a new Army wife, traveling to Germany during the Korean War. Her journeys always included embracing people into her life that would become never ending friendships.

Janet became a devoted homemaker settling in New Hartford, assisting her community with her talents to provide for her loved ones and family, which was always the central focus of her life. In her community and her family tree Janet was a "second mom" to all.

When you entered Janet's home you always got offered a seat to visit. You would feel the warmth of her heart, and the warmth of her oven which wore out more times than her. During special occasions and holidays, Janet's home became warmer and her table always got longer. She hosted family holidays, which had her home carry the aromas of fresh baked pies, cheesecake, gingersnap cookies and the traditional main courses and side dishes. One year she even lead her oven to tackle a backyard grown 42 pound turkey thats leftovers, in many forms, could be found in the freezer for months. Family and friends often treasured a jar of her famous Bread and Butter pickles she gave away as gifts of her love. Her special ingredient though out her life wasn't a secret, but it was love itself.

Janet was the matriarch of her family tree, leaving behind her two adopted children, daughter Suzanne M DeNio of Virginia, son Paul F DeNio Jr of New Hartford, grandson Jordan Paul Bristol of Colchester, and a multi-generational constellation of nieces and nephews including extended family and friends, which she was known as Aunnie.

Enough can never be written or said of Janet that gave her time to everyone.

At this time due to social distancing, travel bans, and winter weather burial will be determined in the future. In lieu of flowers, donations may be made, to the church she was a long time member of, in her name to: Immaculate Conception Church
60 Town Hill Road, P.O. Box 285, New Hartford, CT 06057
Read Less

We encourage you to share your most beloved memories of Janet here, so that the family and other loved ones can always see it. You can upload cherished photographs, or share your favorite stories, and can even comment on those shared by others.

Posted Jan 01, 2021 at 04:37pm
I remember Janet as the ever-smiling neighbor of my brother and sister-in-law as they settled into their first home in New Hartford. Janet was not someone easily forgotten and I'm glad I had the privilege of knowing her when I did.

Posted Dec 31, 2020 at 03:58pm
Even though there was about a 14 year difference, Janet was one of my best friends. She was so quick witted and had a wonderful sense of humor. she loved to laugh And she “got me”. She always laughed at my silly jokes even when she didn’t get it. I love you so very much and I will miss you forever
Comment Share
Share via:
PJ

Posted Dec 31, 2020 at 03:51pm
She was my Aunt Janet & my best friend. She was called Aunnie because I could not say Aunt Janet when I was little & learning to talk. It stuck. She was a very strong lady and a very loving one. I miss her terribly. She's at peace now & with Uncle Paul & the rest of the family. Her loving niece Pat Jones ❤
Comment Share
Share via: 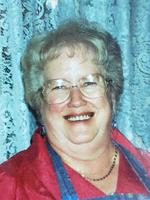 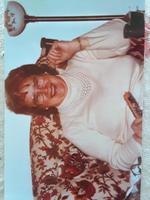