To share your memory on the wall of Dorothy Heneage, sign in using one of the following options:

Print
Dorothy Downey Heneage, a woman who loved politics, sports, current events, and most of all, family and friends, died peacefully on New Year’s Eve, Thursday (December 31, 2020) in Simsbury. She was 105.

Born in Hartford on October 24, ... Read More
Dorothy Downey Heneage, a woman who loved politics, sports, current events, and most of all, family and friends, died peacefully on New Year’s Eve, Thursday (December 31, 2020) in Simsbury. She was 105.

Born in Hartford on October 24, 1915, the daughter of the late James Louis and Mary (Conway) Downey, Dorothy lived in West Hartford most of her life. She was a 1933 graduate of William H. Hall High School and attended St. Joseph College, now the University of St. Joseph. She worked as a transcriptionist for Aetna Insurance Co. for five years prior to her marriage, and again during the 1970's. Dot enjoyed reading, needlework and her regular walking routine, and was a member of both the West Hartford Belles and the Buena Vista Garden Club. She celebrated her 100th birthday party in 2015 with over 40 friends and family attending.

Married in 1940, Dorothy and H. Robert Heneage Jr. (Bob) were ultimately blessed with three daughters and a son. Except for two years in Richmond, VA during World War II, they lived primarily in New Hampshire throughout the 1940s, 1950s and the first half of the 1960s. In New Hampshire, the family enjoyed a busy outdoor life and an active social life. Dorothy was a model of thrift and ran a tight ship. She had high expectations of all her children and urged them to excel. Her husband Bob was President of the Peerless Insurance Company, Keene, NH and later, a Vice President of Security Insurance in Hartford. In 1966 they moved to Brookmoor Road in West Hartford, where Dot resided with her husband until his death in 1986. As a widow, she continued to successfully live in the family residence for an additional eighteen years. During this period Dot was tough, resourceful, and very independent. Seeking a simpler life, she relocated in 2004 to The McAuley in West Hartford and later, in 2013, to McLean Care in Simsbury.

Dorothy is survived by her children, grandchildren, great-grandchildren, nieces and nephews-daughter Nina Heneage Helms of Bend, OR and her sons Stephun Helms and Robert Helms, and his daughter Amber; daughter Melinda Heneage Larson of Ft. Collins, CO, her husband Erick and their sons Kurt Larson and Mark Larson, his wife Jennifer and their daughter Alexandra; son H. Robert Heneage III of Tetonia, ID, his wife Patricia and their daughter Tierney Heneage. She also leaves her late daughter Kathleen's children and grandchildren, Hillary Anderson Jurado of Oakland, CA, her husband Tony and their children Stella and Leo; Molly Anderson Fisher of Berkeley, CA, her husband Andrew and their daughters Wren and Starling; and Jay Anderson of West Lebanon, NH; as well as numerous nieces and nephews. She was predeceased by her husband H. Robert Heneage Jr., her brothers James E. Downey and Robert F. Downey, her daughter Kathleen Heneage Anderson Foster, her son-in-law Lawrence (Gary) Helms and her grandsons M. Craig Helms and Harry R. Heneage IV.

A private funeral will be followed by burial in Pine Knoll Cemetery, Hanover, NH. The family hopes to have a post-COVID memorial gathering for friends and family sometime later in 2021. Donations in her memory may be made to the charity of your choice. Online messages of sympathy and remembrance may be made at www.vincentfuneralhome.com.
Read Less

We encourage you to share your most beloved memories of Dorothy here, so that the family and other loved ones can always see it. You can upload cherished photographs, or share your favorite stories, and can even comment on those shared by others.

Posted Jan 07, 2021 at 11:06am
Nina- I'm sorry that you lost your husband- Bob visited here one day when going to see your mom and said that he was quite ill, which had affected where you could live. Melinda- I am hoping you are enough years out to have "beaten" cancer. Bob- I am forever grateful that you stopped by here when you did.
As I have a friend at McLeans, I have kept tabs on Nana when I have been able to get in the building what with Corona restrictions.
I hope that whoever goes (has gone) to Hanover will be able to connect with Jay. We text him regularly and sometimes he answers, but now it has been a while.
My best to all of you and thank you for putting the obit in the Hartford paper.
Myck Williams
Comment Share
Share via: 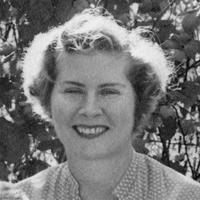 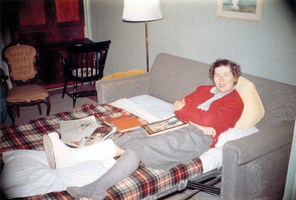