To share your memory on the wall of William Pike, sign in using one of the following options:

A memorial service to celebrate his life will be held at the Vincent Funeral Home, 880 Hopmeadow Street in Simsbury, CT on Saturday, March 20th at 1:00 PM. To attend the service, please RSVP in Bill’s “Book of Memories” at www.vincentfuneralhome.com. Burial will follow in Simsbury Cemetery. Donations in his memory may be made to McLean Home and Hospice Care, 75 Great Pond Road, Simsbury, CT 06070.
Read Less

We encourage you to share your most beloved memories of William here, so that the family and other loved ones can always see it. You can upload cherished photographs, or share your favorite stories, and can even comment on those shared by others.

Flowers were purchased for the family of William Pike. Send Flowers

Posted Mar 18, 2021 at 10:04am
Ginny, Gary and I send our sincere condolences to you and the girls. We have lost contact through the years, however our memories remain. May the Lord bring you peace. Gary and Sue Raimy, Erie, Pa
Comment Share
Share via:
E

Posted Mar 17, 2021 at 02:19pm
Bill and Virginia Pike were close friends of mine during high school years and later dear friends of my husbands as well. They moved away so we miss many years, but the memories are dear to me. Love, Elinor Matysiak Rowan., North Royalton, OH.
Comment Share
Share via: 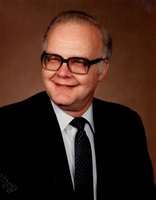